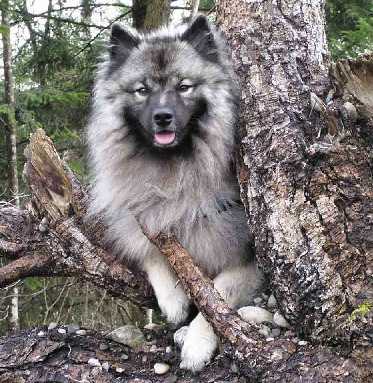 With a height at withers of between 43 and 55 cm the Wolfsspitz is the largest of the German Spitz breeds. Outside mid-Europe it is known as the Keeshond, from the dutch. It is one of the two breeds of the German Spitz that has been bred worldwide for decades.

Because of this the size and appearance of the english, scandinavian, north american and australian Wolfsspitz is somewhat different to the mid-european breed. The standard change of 1997 by the German Spitz Club determined that the Keeshond was not a separate breed and that therefore breeders throughout the world could work together.

German breeders have for example bred their dogs with champions from the Netherlands, Denmark and even North America to maintain and improve their characteristics. 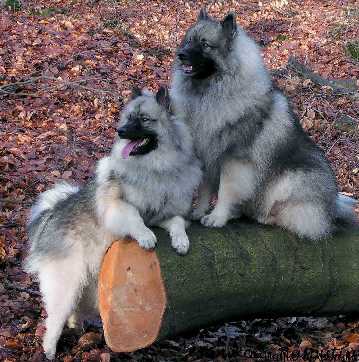 The name "Wolfsspitz" comes from the wolf grey colouring, while the dutch "Keeshond" is named after a dutch revolutionary leader and Keeshond owner of the late 18./early 19. century. The faithful Keeshond becomes a symbol of the patriotic revolution and has therefore an important place in dutch history.

The hair colour of the Wolfsspitz must be grey shaded. Grey shaded is a silvergrey with black hairtips. The muzzle and ears are dark, while the mane, ring on shoulder and underside of the tail and the trousers are lighter. 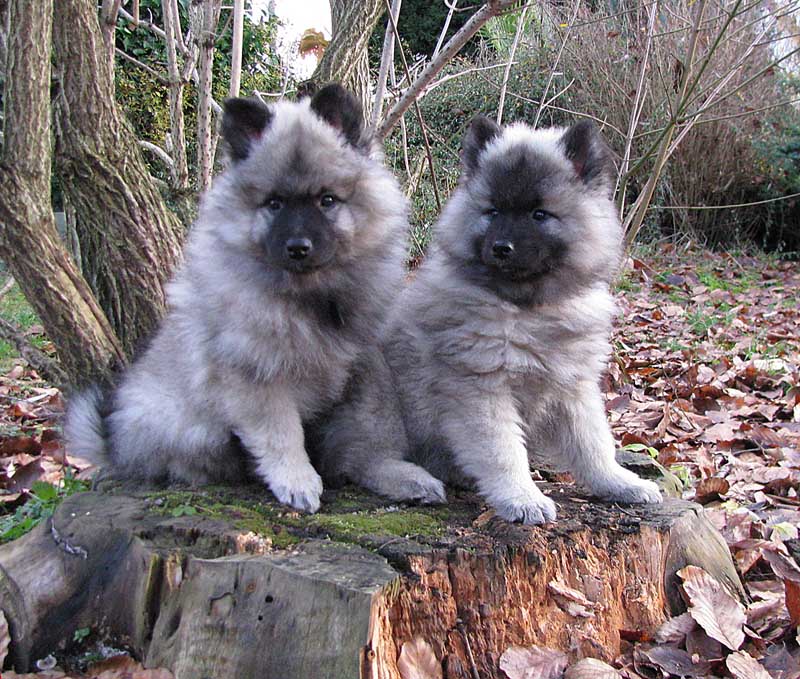 Further information about the Wolfsspitz/Keeshond is in the special editions of "Der Deutsche Spitz" No. 161 and 177 (see club magazine).